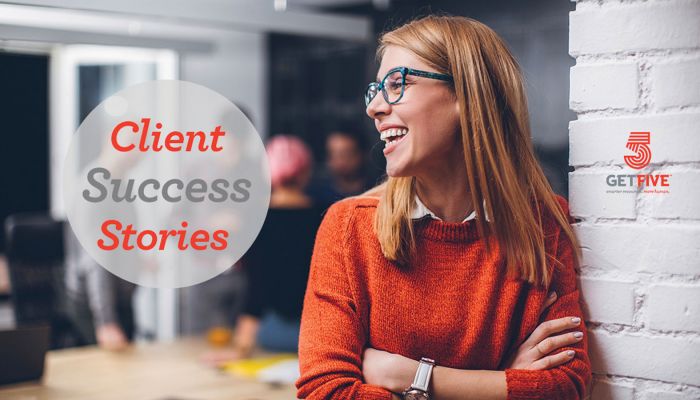 For some people, consulting is an ideal fit for their lifestyle. For others, it’s something they do temporarily in hopes of scoring a permanent position at a company.

Peter Lantry was of the latter mindset. He worked hard through two different consulting stints in hopes of finding full-time employment. Like many other consultants facing the end of a contract, he was told circumstances prevented a permanent hire.

“I was engaged in two consecutive consulting (right-to-hire) engagements, each lasting one year,” Lantry says. “I was told at each one (same company) that I would eventually be brought on full-time, only for the ‘situation has changed’ excuse and was let go after each one. I was adamant about finding a full-time job and getting out of the consulting thing.

After being disappointed twice he decided to take control of his future. He put his full dedication toward the 5-Step Method  in order to change the consulting cycle he was stuck in.

“This was not my first time going to GetFive, and I will confess that in the two prior instances, I did not follow the process as well as I should have,” says Lantry. “As they say, the third time is a charm. I followed the direction of my coach to a T. I now have a full-time senior project manager position and am very happy where I am.”

When leaving the world of consulting, it’s important to thoroughly think through what you want and where you ultimately hope to be in the next five or 10 years of your career. You want to find something you feel passionate about that also is a good fit for your skills and lifestyle. Still, the perfect job is unlikely to just fall in your lap. A career coach can help you put the wheels in motion so you can direct your search with intention.

As for Lantry, he strongly believes that others who follow the proper steps can find exactly what they want just as he has.

He recommends that fellow job seekers “Follow the process,” adding, “Don’t fall into the trap of going to websites and chasing after ghosts. You may luck out, but networking and getting the word out that you’re looking for that next opportunity does work.  In my case, a former colleague put me in touch with an excellent recruiter who looked at my credentials and experience in detail, paid attention, and had the match I was looking for.”Save

QUIZ! How Well Do You Know GetFive’s Approach to the Job Search?

Interviewing Tips for Those Painful Questions