Most Important Developments for 11/11 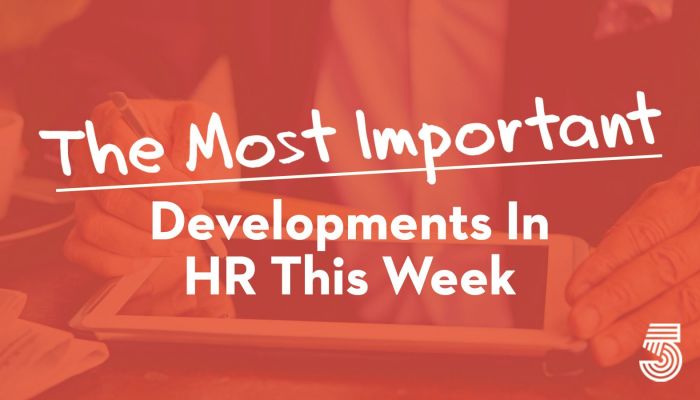 The M.I.D., as we call it, is curated by our editorial team from more than 50 news sources. Like a lot of good ideas, this started as something I wanted for myself. If I can’t read everything, I at least want to stay abreast of the most important developments.

This week in HR, Meta and Twitter demonstrated how to and how not to handle layoffs, CHROs got advice for 2023, Amazon is offering home-buying support benefits to workers, downtowns are in a slump, and remote workers should make time for social events to bond with coworkers.

Zuckerberg laid out the generous severance package offered to employees in a blog post. Employees in the U.S. will receive 16 weeks of their salary, plus two additional weeks for every year of service without instituting a limit. The company will pay all paid time off (PTO) and everyone who is part of the restricted stock units (RSU) program will receive their November 15 vesting. Meta will continue to pay health insurance coverage for six months for both employees and their dependents, plus provide three months of career support with an external vendor, including “early access to unpublished job leads,” the company said. Since Meta is known for hiring employees who are working in the U.S. because of a company-sponsored visa, the tech behemoth is providing immigration specialists to provide guidance. “I know this is especially difficult if you’re here on a visa,” Zuckerberg said. “There’s a notice period before termination and some visa grace periods, which means everyone will have time to make plans and work through their immigration status.” The Street

The top three most urgent issues for CHROs going into 2023, according to John Bremen, managing director and chief innovation and acceleration officer at WTW, are “talent shortage, talent shortage, and, of course, talent shortage. There aren’t going to be a lot of issues for 2023 that are not part of that umbrella. It’s like the mother of all issues.” Labor markets remain incredibly tight, and wage inflation continues to be an issue for companies. While it may sound paradoxical to talk about a talent shortage when a recession is in the offing, Bremen notes that even during the Great Recession in 2008, which was likely much more severe than the next downturn will be, there were still talent shortages for specific roles and skillsets. Persistently high quit rates and wages elevated by inflation likely mean the labor market will continue to be tight, especially in key categories. Notably, he adds, many of the talent shortages we are now facing were predicted pre-pandemic because of general demographic trends. “There’s 80 million Boomers in the U.S.,” he says, “but there’s only 60 million Gen Xers. So, believe it or not, even though the U.S. workforce is bigger today than it was in 2010, there’s 11% fewer 45- to 54-year-olds.” Strategic CHRO360

Amazon is doing it. Walmart is too. So is the federal government. These large employers, among others, are helping their workers to purchase homes by offering employer-assisted housing programs (EAHPs), which provide financial assistance through grants, loans, down payments, security deposits, along with homeownership education and counseling. Will small to midsize companies follow their lead? In January 2022, Pew Research reported that about half of Americans (49%) say the availability of affordable housing in their local community is a major problem, up 10 percentage points from early 2018. Women are feeling the pinch more than men, and younger people more than older. Those in major urban markets are being particularly pinched. In October, CNBC reported that there are only four U.S. cities where the average American can afford a starter home: Detroit; Memphis, Tenn.; Oklahoma City; and Tulsa, Okla. Another challenge to affordable housing is that mortgage rates in the U.S. recently climbed above 7% for the first time in 20 years, as the Federal Reserve raises interest rates to bring inflation under control. SHRM

Coke and Atlanta. Nike and Portland. Amazon and Seattle. It used to be that corporations were indelibly linked to their hometowns. But with the rise of remote work, the fabled “company town” may be going the way of 9-to-5 office life and the brick-and-mortar headquarters, impacting not only the identity of companies and their cities but factors like the local tax base, corporate support for community institutions, and the makeup of local politics. Of course, the company town as we once knew it is largely a relic anyway — look no further than the domain of the rustbelt. “Cities like Detroit, Pittsburgh, and Youngstown are all great examples of large, prosperous cities whose city-defining corporate residents have largely packed up and left with the decline of American manufacturing,” said Ben Michael, VP of operations at Michael & Associates, an Austin-based law firm. As remote work continues to be the norm for many, threatening to further unmoor companies from their physical headquarters and hometowns, the implications on local tax revenue could be significant. As Pew Research noted, many cities that rely on daily commuters for their fiscal health — with taxes on everything from wages to a morning latte at Starbucks feeding revenue — could find themselves faced with long-term challenges as commuters disappear for good. WorkLife

Absence may make the heart grow fonder when it comes to an old flame. But when it comes to workplace dynamics with your colleagues, the opposite could be true. I’m a time management coach, and many of my clients have sensed that their working relationships have weakened since they started working remotely. Maybe they don’t answer emails as quickly as their coworker would like. Maybe their coworker perceives them as not working hard because they no longer see the hours they put into their work. Time management strategies can help improve these kinds of situations, such as developing an efficient email routine or consistently starting work on time. But sometimes the most effective strategy isn’t working harder — it’s working closer. Over the past several years, we have learned that working remotely can offer a wide range of benefits for workers and employers — and makes us more productive. But in order for us to best harness the benefits of remote work, we must also learn how to manage its drawbacks. Fast Company

Most Important Developments for 12/16

Most Important Developments for 12/9

Most Important Developments for 12/2