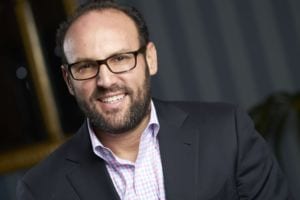 There’s no arguing that raising the minimum wage is a hot-button issue. With so many people predicting its impact on the rich, the poor, the profitability of businesses and the strength of the economy overall, the topic is complex to say the least.

To start, let’s take a step back: The first minimum wage was $0.25 per hour and was enacted as part of the Fair Labor Standards Act of 1938. Fast-forward to today and the federal minimum wage is $7.25. In many cities, supporting yourself on $7.25 is a challenge; it’s even more difficult to support a family. Even though 29 states and the District of Columbia have minimum wages higher than the federal mandate, millions of American workers still struggle to make ends meet.

An interesting tidbit from the Pew Research Center: Adjusted for inflation, the federal minimum wage peaked in 1968 at $8.54 (the 2014 dollar equivalent). Since it was last raised in 2009 to the current $7.25 per hour, the federal minimum has lost about 8.1 percent of its purchasing power to inflation.

Some, including the President, argue that raising the minimum wage would not only help those living on the cusp of poverty in the United States, but it would also put precious dollars back into the larger economy. Workers who are paid more have more to spend, especially at the local level. Additionally, when workers are paid better, businesses will experience lower turnover; this often leads to increased productivity.

Furthermore, workers who are financially secure can build strong families. They have more time to spend with their children when they don’t have to take on two, three or even four jobs. They can ensure their children are attending school and thriving, which in turn will help to direct them toward brighter futures so they won’t have to work minimum-skill jobs long-term or depend on welfare.

However, despite all these positives, numerous drawbacks exist. Many economists predict that raising the minimum wage could force countless businesses to either increase the prices of goods (say adios to the dollar menu at fast-food restaurants), or even cut entry-level jobs (which would put many workers in a financial position worse than those employed at the current minimum rate).

This conundrum between the pros and cons has legislators at a standstill. Meanwhile, income inequality is at a historic high. Executive compensation continues to grow at a rapid pace while minimum wages remain stagnant.

So how do we solve this problem? We could raise taxes on the rich or cut taxes for the poor. We could enact executive compensation caps. We could expand social services for the needy. We could ignore the problem and watch the U.S. class divide grow even more. Not one of these options seems ideal.

In my humble opinion, if we are going to address income inequality, the most palatable approach is to increase the minimum wage and then to index it. A wage above $7.25 will give millions of workers the opportunity to live better and rely less on governmental assistance. In the end, that helps all of us.

Rickey Allen
Like what you were reading? We’ve got a lot more to share!Click here to check out other HROI articles and interviews.
Linkedin0Facebook0Twitter0Email0
X

This website uses cookies to improve your experience while you navigate through the website. Out of these, the cookies that are categorized as necessary are stored on your browser as they are essential for the working of basic functionalities of the website. We also use third-party cookies that help us analyze and understand how you use this website. These cookies will be stored in your browser only with your consent. You also have the option to opt-out of these cookies. But opting out of some of these cookies may affect your browsing experience.
Necessary Always Enabled

Performance cookies are used to understand and analyze the key performance indexes of the website which helps in delivering a better user experience for the visitors.

Analytical cookies are used to understand how visitors interact with the website. These cookies help provide information on metrics the number of visitors, bounce rate, traffic source, etc.

Advertisement cookies are used to provide visitors with relevant ads and marketing campaigns. These cookies track visitors across websites and collect information to provide customized ads.

Other uncategorized cookies are those that are being analyzed and have not been classified into a category as yet.