Step Up to the Plate: It’s a New Ballgame When Hiring, Thanks to Salary History Laws 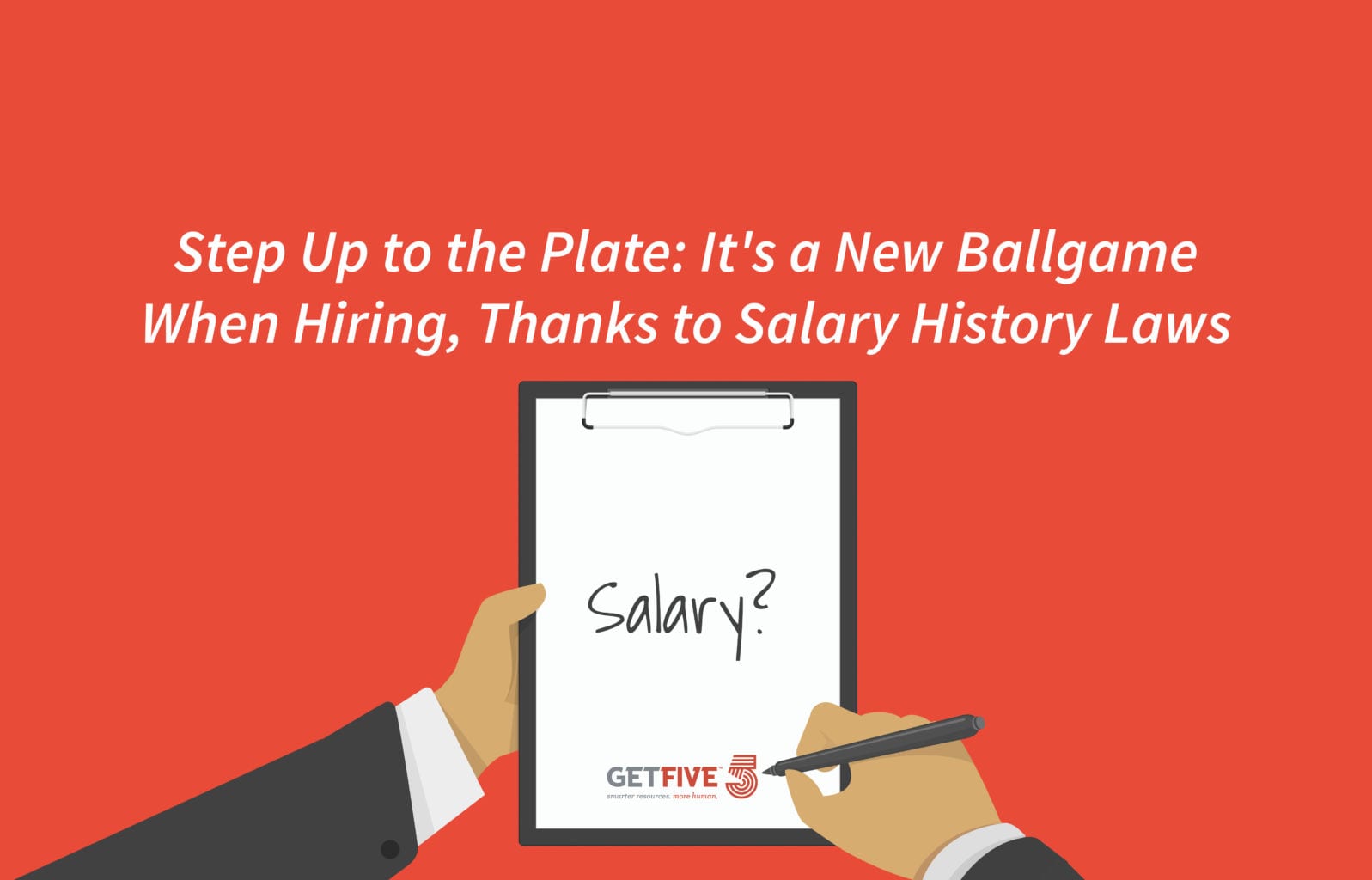 As if hiring wasn’t difficult enough in this tight job market, it just got trickier in California, Massachusetts, Oregon, and Delaware, where new regulations prohibit asking job candidates about their salary and benefits history.

Similar to the Ban the Box legislation that’s sweeping the country (prohibiting interviewers from asking candidates about their criminal history), the idea behind this legislation is to level the playing field when it comes to gender-based pay inequity. Women tend to get paid less than men, and that inequity can follow them from job to job if their compensation offer is based on their current salary range.

HR departments in those four states are busily crafting new hiring policies, making sure everyone along the hiring food chain knows about the new laws and what they can and can’t ask. But even if you’re not a resident of those states, your department should follow suit now. The legislation might not be in effect where you live, but it is likely coming down the pike.

Here are some things HR can do now to make sure you’re in compliance with the new laws:

Many interviewers choose to wait until the end of the hiring process to talk about compensation. Instead, get it out of the way up front. Ask your candidates what kind of salary range they’re shooting for, or better yet, put the compensation information in your job posting. No surprises, no negotiations, no wasting time on candidates whose expectations exceed your budget.

Educate everyone involved in the hiring process

That means applicants, too. Let them know you won’t be asking about their salary history and they don’t need to divulge it to you.

Modify your application forms, on paper, and online

Some application forms ask for starting and ending salaries at each position an applicant has held. Those fields have got to go. You may have already modified your application forms to “ban the box” where it asks about criminal history, but if not, delete that question, too, while you’re deleting the questions about salary history.

Create a salary range for each position

The low and high ends of the scale should be based on experience and other factors candidates bring to the table, not on what they’ve been paid in the past.

Make sure your leopards change their spots

While cameras in interview rooms might be a little extreme, old habits die hard. If your hiring managers have always based compensation offers on what the candidate was previously paid, there’s going to be a learning curve.

Bottom line: This legislation is the result, in part, of pay inequity lawsuits, and if it’s on the books where you live, compliance is not optional. Some 23 states are considering similar measures, so it’s best to get out ahead of this one and make those changes now.

The ROI and Reality of Reskilling: A Series from the GetFive HR Network Seminars

Burnout is a real workplace phenomenon, says the WHO. Well, duh, says the working world