Most Important Development in HR for May 24th 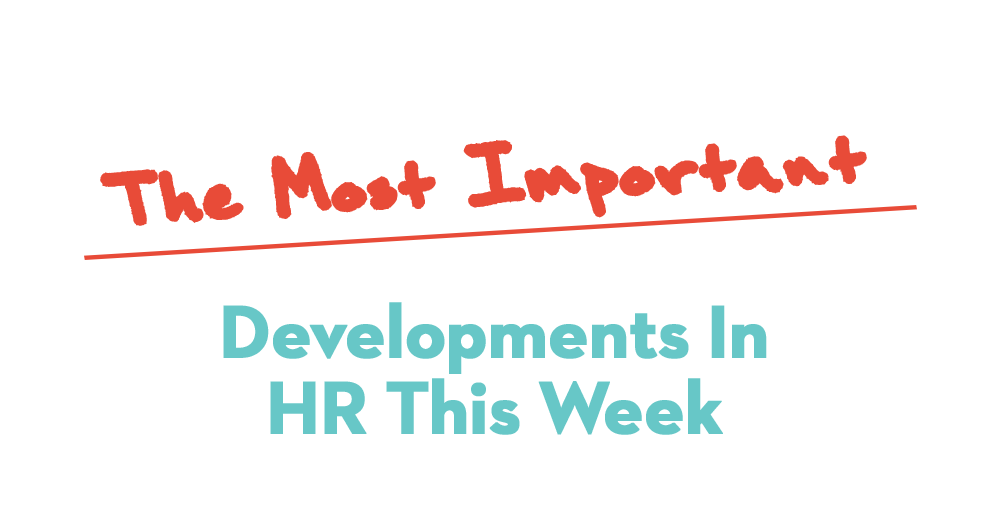 Whoa, Walmart. Nearly every week, the retail giant is grabbing headlines for rolling out something new to kick its employee experience up a notch. This week, we got the unveiling of plans for its new 350-acre corporate campus. Its old HQ is composed of 20 aging buildings, which contribute to a working-in-silos norm that the top brass wanted to change. The new Shang-Wal-la is specifically designed to attract the next generation of employee, with its high-tech everything, glass letting in natural light, perks like expanded food offerings, childcare, a fitness facility, lakes, pathways through green space, bike trails, and more. It’ll all be built with locally sourced materials, and will create zero waste and operate with 100% renewable energy. HR at Walmart is doing the happy dance right now, because hiring the best and brightest just got a whole lot easier. The Business Journals

Alabama’s new abortion ban “is a giant misstep” by a state doing everything right in economic development, a national business adviser said Thursday, and it could be a mistake on the scale of the North Carolina “bathroom law” that drove billions of dollars of business away from that state. Case in point: Birmingham’s mayor announced this week that talks with two tech companies considering moving there are now on the rocks. And Alabama isn’t the only one. Eight states have recently passed similar bills and business leaders are holding their breath for the fallout, not just for attracting new business, but for the fallout within companies that are already there. This is an extremely divisive issue and employees are going to be bringing those divisions to work. HR pros in those states will have a tough road keeping up morale, dealing with personal crises and emotions, and preventing workplace debates about the subject. AL.com

In HBR this week, EVP of O.C. Tanner David Sturt shared a personal story about the power of positive offboarding. Nineteen years ago, when he left his (first) job at O.C. Tanner in Salt Lake City for a new job in Portland, he was having a farewell lunch with his team when the CEO surprised them by walking in and asking to say a few words. “He wanted to personally thank me for the work I’d done and told me I had an open invitation to come back to the company if things didn’t work out. Then he reached into his jacket pocket, handed me a one-way airline ticket from Portland back to Salt Lake City, and said ‘I mean it.’ The encounter was unexpected — I hadn’t interacted much with the CEO during my years at O.C. Tanner — but it left an indelible mark. When he called me two and a half years later, I listened. And, when he offered me the position held by my previous leader, I took him up on it.” Not only did that small gesture bring Sturt back to the company, but we guarantee that every employee at that table was affected positively. Harvard Business Review

Wow, this story about the leadership shakeup at the NY Jets is a cautionary HR tale. Adam Gase was hired by the Jets in January as head coach. Last week, he pulled a power play and got GM Mike Maccagnan, who hired Gase, fired, and for good measure, took the title of GM for himself. This, despite denying loudly to the press just five days earlier that there was friction with Maccagnan. CEO Christopher Johnson also publicly praised the Gase/Maccagnan bromance but now is admitting the two men weren’t working well together. Gase is denying all involvement in the firing. The takeaways? The Jets clearly have a dysfunctional organization, with an out-of-touch CEO, a lack of transparency, and a lack of collaboration and communication, all of which can erode employee morale and trust in those at the top. It’s been reported on heavily, creating a lot of bad will for the Jets’ brand. Inc.

The Time’s Up Legal Defense Fund, formed last year to extend the muscle of the #MeToo movement beyond Hollywood, has taken aim at sexual harassment at McDonald’s, one of the world’s largest companies. On Tuesday the fund, the ACLU, and the labor group Fight for $15 announced the filing of 23 new complaints against McDonald’s. In the filings, workers accuse McDonald’s of gender-based discrimination, sexual harassment, and retaliation for speaking up. Franchised restaurants, like McD’s, have long argued they’re not liable for the behavior of employees in franchised stores. These cases may mean time’s up for that, too. Gillian Thomas, a senior staff attorney with the ACLU, noted that McD’s corporate mandates the pattern that their sauce makes on each individual burger at their 14,000 restaurants nationwide, but throws up its hands saying it can’t be responsible for the behavior of employees making those burgers? Indeed. We’ll be watching this one. The New York Times

My Take: Brands Are Making Real Changes to Combat Racism

I am impressed by the growing list of meaningful actions major brands are taking to combat racism in this country....

Most Important Developments for 6/26

This week in HR, outdoor brands gave us optimism for the future, virus-proofing the office became the next big thing, Bersin is pressing the HR reset ...

The Importance of Career Development Coaching in the New Abnormal Environment