Most Important Development in HR for June 14th 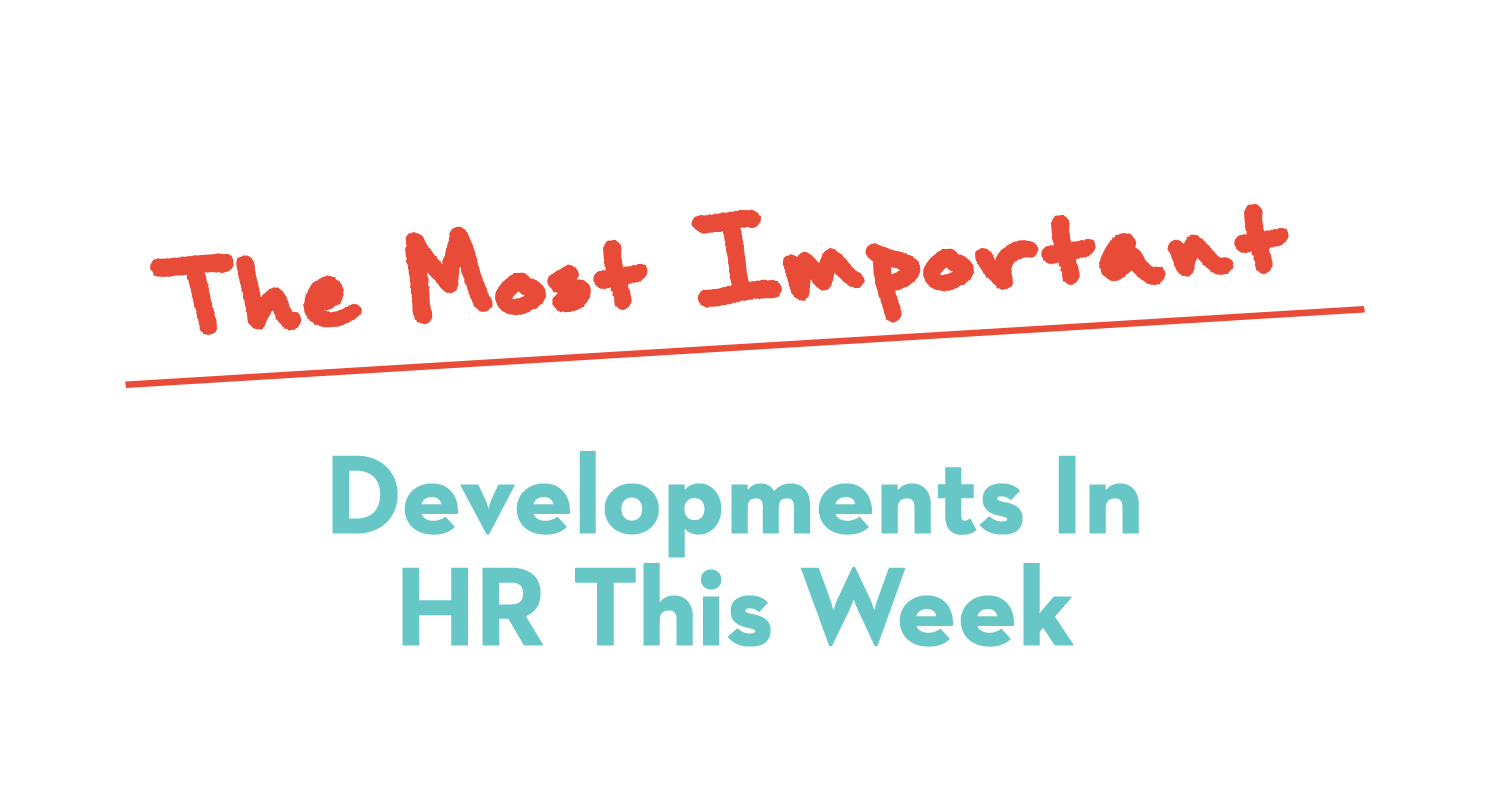 Best Buy made history this week when Corie Barry took over as CEO. Barry is the first female to lead the Minnesota-based company and the youngest female CEO in the Fortune 100. As CEO, Barry says she will make investing in Best Buy’s 123,000 employees one of her top priorities. “I believe we are as strong as our people and an engaged workforce is the most powerful asset we have,” Barry said, “and everything we can do to invest in our people to ensure they feel they have career paths and to ensure they feel they’re doing something meaningful and genuinely helping a customer, that to me creates more momentum than any other strategic idea I could think of.” KARE11

Ever since the screech of a dial-up internet connection began annoying workers around the world, HR’s role has been disrupted by evolving technology. At the SHRM APAC 2019 conference, they focused on three new HR roles that will emerge as the digital transformation tsunami hits HR’s shores. 1. Human experience strategist. The employee experience is out, human experience is in, said Anand Shankar, Partner, Human Capital at Deloitte India, referring to findings from Deloitte’s 2019 Global Human Capital Trends Report. 2. AI auditor. In a session on Looking Backwards from the Future, Dr. Shawn G. Dubravac, Founder & President of Avrio Institute, said HR departments must focus on leveraging the vast streams of data that they have access to and use it strategically, but also wisely. 3. AI bias expert, who verifies the data that is used to create algorithms for key HR functions such as recruitment is bias-free. HR Technologist

In a flurry of recent big decisions, major companies are refusing to work with gun sellers, states that restrict abortion rights, and places that propose anti-LGBTQ bills — throwing their weight around to shift public policy. Salesforce, Shopify, Amazon, eBay, Walmart, and Dick’s have all either barred or severely restricted gun sales. Hollywood studios are threatening to stop filming in Georgia because of its abortion laws. And two years ago, a backlash by PayPal, the NCAA, Bank of America, and others forced North Carolina to repeal a “bathroom bill” that discriminated against transgender individuals. “It has a lot to do with the war for talent,” says Louis Hyman, a historian at Cornell. “In an age where the corporate talent is socially liberal, companies that do not take these positions are risking their key assets.” Axios

Every office has one — the holdout who sighs, “I’m just not good with technology,” then avoids learning to use the latest office tools. Technological change in the workplace sparks tension between resistors who grumble and drag their feet and co-workers who rush to embrace new tools. One Luddite can hobble the work of an entire team. But struggling with complex new technology can spark fears of looking incompetent or losing status among peers. It’s not about age, either. Older workers have been found to outperform younger ones at finding strategic ways to use new systems. This will become a bigger issue as AI looms. In the end, it’s about learning styles, adaptability, and above all, training. WSJ

A new report from McKinsey predicts 21% of working males and 20% of females will lose their jobs by 2030 because of automation. New jobs will be created, but not all of these jobs will be well paid. In their book “Ghost Work,” Mary Gray and Siddharth Suri forecast that what they call “on-demand work” (the gig economy, in other words) will reach 60% of the global workforce by 2055. It means low pay and no benefits for a lot of people. The answer? Gig workers have already set up online forums that share information on the most reliable employers. These could be expanded to create the equivalent of medieval guilds that could enable workers to learn new skills, and act as a repository for gig employees’ work records, a thing that doesn’t exist now. Responsible employers could pledge to use only workers from guilds and to apply minimum standards on issues such as prompt payment. They will benefit from more reliable and skillful employees. That way, if workers of the world unite, everyone may gain. The Economist

My Take: Brands Are Making Real Changes to Combat Racism

I am impressed by the growing list of meaningful actions major brands are taking to combat racism in this country....

Most Important Developments for 6/26

This week in HR, outdoor brands gave us optimism for the future, virus-proofing the office became the next big thing, Bersin is pressing the HR reset ...

The Importance of Career Development Coaching in the New Abnormal Environment